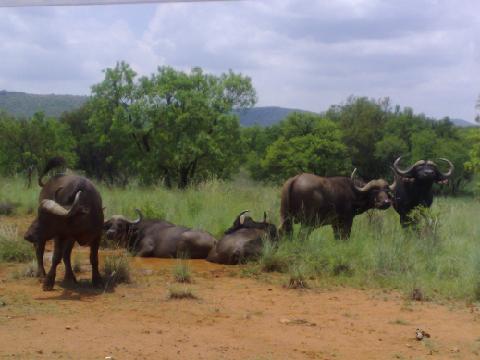 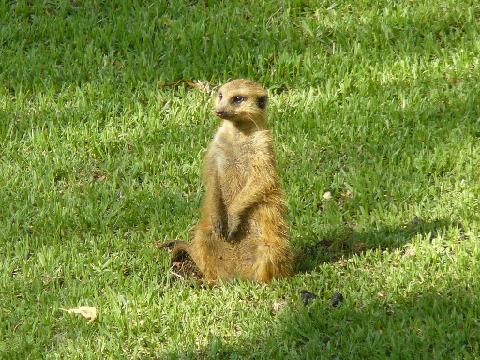 What is wildlife? Is it the Big Five? Does it include scorpions, spiders and creepy crawlies? Or does wildlife include both animals and plants? Before considering what wildlife really is, perhaps we should recognize that the term wildlife is only a human-derived concept. We have separated ourselves from the wild things in nature developing our world to be a place considered to be unwild and therefore safe for humans. In our safe environment, we all have different concepts of what wildlife is.

If you are sitting on your couch in a First World city, you might be aware of only the Big Five.

If you have left your First World city to go on safari, your knowledge and awareness may have expanded a little to include the spiders and creepy crawlies. However, in reality, wildlife consists of all living organisms in their natural environments, apart from humans and those species that have been domesticated by humans.

Unfortunately, we humans have largely lost touch with the importance and value of wildlife.

We have populated the planet to such a level and domesticated so many creatures, for food or for companionship, that we have left little space for wildlife and are unaware of the pressures on the sustainable existence of wildlife. City dwellers have domesticated wildlife to serve them and many who own domestic pets and household plants seem unaware of or unable to value or enjoy the creatures beyond their home or garden. A cartoon that illustrates this point well shows two Martians looking down on Earth from their spaceship, saying Look at that planet  it is in a terrible shape and yet they are all busy mowing their lawns!

So what are the effects if we lose touch with our natural environment? The recent incident of the tsunami in the Indian Ocean can possibly teach us a lesson. While modern humans were completely taken by surprise and devastated by the event, wildlife throughout the ring of impact of the tsunami experienced minimal destruction. Were they in touch with their environment and sensed the oncoming threat? Even domesticated elephants carrying tourists fled from the oncoming threat and miraculously saved the tourists from the tsunami. A clan of traditional people in the Andaman Islands also sensed that things on that fatal day were not as they should be and moved to higher ground thus also avoiding the unusual waves.

Returning to the concept of wildlife. The concept of the Big Five was born during the last century, as a buzz concept to sell the wonders of African wildlife and attract tourism to the continent. At the time, it was an innovative concept, since as well as attracting tourism; it also elevated the status and value of wildlife as an economic generator. However, more recently, conservationists have realized the folly of focusing only on the Big Five.

Firstly, because people now tend to look for the Big Five totally overlooking all the splendors of other wildlife. Secondly, managers of commercial wildlife estates are often tempted to host the Big Five, sometimes in areas where they were not previously found or on reserves that are not suitable to accommodate them, simply in order to be able to put the Big Five on their marketing brochures. Perhaps more sadly, some manage their environment specifically to suit the Big Five at great cost to other species. In taking a more holistic viewpoint and recognizing wildlife as consisting of all animals and plants that occur naturally in their native habitats, we should also bear in mind that animals do not exist exclusive of the plants on which they rely for food and shelter. With this in mind, the new buzz words to describe a wider, more embracing concept of wildlife are biological diversity or biodiversity. The concept of biodiversity attempts to go beyond the mere observation of types of animals and plants, and introduces the issues of rarity, endemism and extinction. But the basis of biodiversity still remains the species. The species can still be regarded as the currency of biodiversity. If we are to truly value wildlife and thus biodiversity, we must respect the balance of our natural account, in the same way that we value our commercial bank accounts. If our bank account is being eroded, we naturally recognize the need to make savings to buffer the account against going into the red. The same principle applies to our wildlife account and we should not allow ourselves to believe that we can live without it, as this would be as ridiculous as believing that we can live in modern society without a commercial bank account. The absolute reality is that the health of our planets natural assets is the basis for the health of our own human existence.

Lets consider some of the ramifications of our actions. We have impacted on wildlife for centuries to make the world a more convenient place for ourselves to live in, but have often not considered the long term implications of our actions. Some cases are obvious  the American bison was almost driven to extinction for its meat and skin as the railroad penetrated its world. The passenger pigeon is now extinct and gone for ever. If you asked the average individual if they would want to get rid of the mosquito, most would say, Yes, life without the mosquito would be great.

This illustrates that, all too often, decisions relating to wildlife have been made for short-term convenience, without a full understanding of the long-term consequences and chain-reaction effects on delicate ecosystems.

There are cases where our actions have changed the distribution of wildlife across the planet. The buzz words are alien invasive. In some cases, these have been deliberate actions, where we have thought that a wildlife species would be desirable in another part of the world and, as a result, we now have rabbits literally eating up the countryside in Australia. In other cases, however, we have moved species unintentionally the rats on southern ocean islands, which took advantage of our seafaring ships, disembarked on these islands and today are happily eating vast numbers of seabirds. The albatrosses and petrels are so naïve about the invasion of these rodents that they do not realize the discomfort of being eaten alive on their nests until it is too late. In looking at wildlife extinctions, it is a recognized natural phenomenon for the currency of biodiversity to experience extinctions. Indeed, the evolutionary process is all about the development of specialized species and thus the failure of others. However, the evolutionary clock normally ticks at its own pace and has a gradual way of spacing its extinctions over time.

With the accelerating rate of human impact on the planet, we are now speeding up the evolutionary clock on the hand of extinctions and thus eroding our wildlife account.

We cannot therefore continue to regard wildlife as a luxury or a distant feature of our world, but should recognize its importance to human survival and take responsibility for its health and continued existence. International treaties, such as the Convention on Biological Diversity (CBD), place responsibility on the State to take account for the health of the environment and its associated wildlife. One of the aims of the CBD is for each signatory State to declare at least 10% of the nations land to be designated as formal conservation areas. South Africa now has over 6% of its land surface under national or provincial parks. The private sector has also risen to the occasion, with about 15% of South Africas land surface now under private wildlife management as a primary objective of land use.

These properties comprise both consumptive and non-consumptive wildlife use, with the hunting and game sales industries contributing significantly to local economies and rural employment.

The Minister of Environment Affairs and Tourism reacted by developing a set of norms and standards for the hunting industry, as well as a set of guidelines and regulations for the translocation of large mammals.

Wildlife has proved to be a real asset to the economy and the constitutional support for the sustainable use of natural renewable resources now offers a sound base for the sustainable management of our wildlife resources. Wildlife conservation and wildlife management is now receiving a far greater priority of attention and conservation biology professionals are therefore attaining a higher status in civil society. 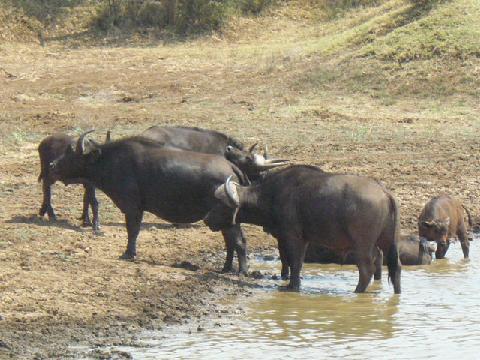 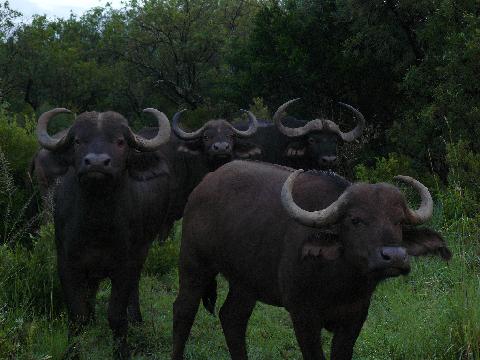 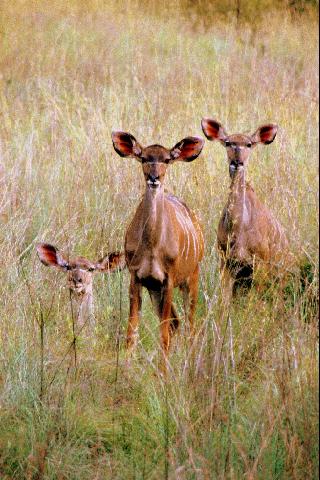 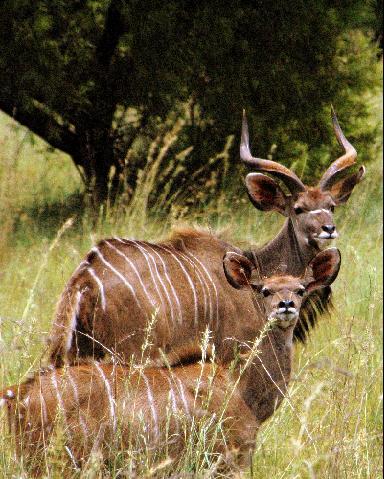 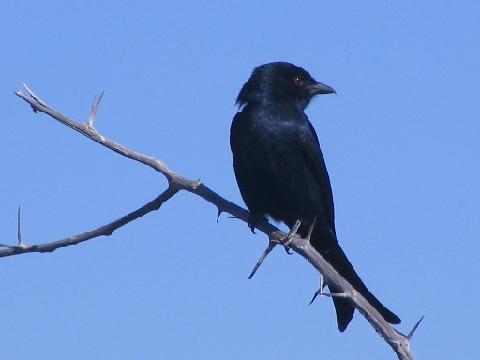